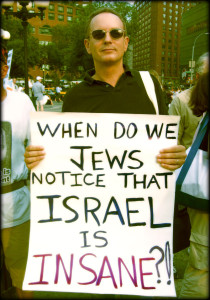 Rich Siegel is on the Board of Advisors of Deir Yassin Remembered.

Thanks for checking out my “Activist” page. I’m going to be doing a lot more with this in the near future, but in the meantime, a brief statement, some suggested informational web-sites and charities, and a suggested reading/viewing list.

I am an Ashkenazi Jew. My ancestors came to America from countries in Eastern Europe at the turn of the last century, four sets of great grandparents from four different countries. Of those family members that remained in Europe, we know for sure that three of them were murdered by the Nazis. We can imagine that numerous relatives that we don’t know about may have also been murdered, as all of the four countries my family came from were occupied by the Nazis and all of the Jewish communities in those countries suffered heavy losses. At the time of WWll, only one of my grandparents was in touch with family in the “old country”. We therefore know nothing of the fate of the family of my other three grandparents.

When I was a young child my parents and a group of their friends founded the Beth Am Temple in Pearl River, NY. The synagogue was very active in promoting the Zionist agenda, and in promoting Israel Bonds, the purchase of trees in Israel, sponsoring a Zionist youth group, and other pro-Israel activities. As a teenager, I was president of a Zionist youth group, and member of two others, including the one at my synagogue. Also as a teenage, I participated in the massive demonstration at the UN against Arafat’s speaking appearance there, this on the grounds that he was a “terrorist”. In my early 20’s I worked in Israel for a short time, as pianist at the Plaza Hotel in Tiberias (which I never include on my resume!)

Several years ago, as I got sick and tired of all the bad news coming from Israel, and caring deeply about it, I decided that I needed to educate myself thoroughly on the subject. I considered myself fairly well-read and well-informed, but I wanted to know everything. So, I began reading everything I could get my hands on- from both sides of the issue, and talking to everyone I could find who had first-hand knowledge- again from both sides. I fully expected this process to deepen my support for Israel. It did not.

What I found out is that I had been lied to all my life, by people who were also lied to, and that I had supported something that I never would have supported had I been told anything resembling the truth. The truth is this: Zionism was a political agenda which sought to take a land with a 95% non-Jewish population on it, Palestine, and make it into a Jewish-exclusivist state. It accomplished this in 1948 through massacres, campaigns of fear, and military forced mass expulsions, making three quarters of a million people homeless. The ethnic cleansing of Palestine was not completely accomplished at that time, as Zionism failed to conquer all of Palestine and large Arab communities remained, but the process has continued since 1948 by various means, including the military conquest in 1967 of the portion of Palestine not conquered in 1948, and the brutal occupation an illegal settlement of those territories which continues to this day. The Palestinians have been resisting what anyone would resist: having literally everything stolen from them.

The idea that Jews could find a safe haven by committing a monstrous crime against humanity is patently absurd, and yet so many still cling to the tragically ridiculous romance of the Zionist “dream”, more like a nightmare. It is also a terrible irony that the victims of the horrendous crime that the Nazis perpetrated, are now the perpetrators of another horrendous crime. I personally feel very angry that the memory of my murdered relatives is being used cynically, to promote a criminal agenda.

This is obviously the short story, without much detail. I’m thinking about how to use my web-site to offer information on the issue in greater detail. One thing I can do is offer links where more information can be found. And I’m going to shamelessly promote the web-sites (See next page) put up by friends of mine who are doing a great job.

I sent this page to a few rabbis that I’m acquainted with. Rabbi Steven Pruzansky of Congregation B’nai Yeshurun in Teaneck, NJ responded with his blackberry, from the airport, coincidentally- or not so coincidentally, on his way to Israel:EVERY country on earth was founded through military conquest, including the US. You should be asking yourself why it only bothers you when it involves Jews. You should be more concerned about Indian rights. My flight to Israel is boarding. Answer the question to yourself, but think about it first.
RSP

My response to the rabbi:

Thanks Rabbi. That’s the most candid you’ve been. I think your statement is historically incorrect, especially in that you use the word EVERY. However, you are correct in equating what America did to the Native Americans to what we Jews have done to the Arabs of Palestine. It bothers me very much that a man of G-d such as yourself would be cynical enough to justify one monstrous crime against humanity by comparing it to another. It reminds me of badly behaved children on a playground. “Well, Teacher, HE did it, too.”

Get the latest news and information direct from Rich Siegel